The reality is that every project may differ in governance structure, what decisions need to be made, and the questions that are asked throughout the process. To overcome the differences, there should be flexibility at the decision points.

For consumer product goods (CPG) companies, one of the most challenging new product development decisions is whether to kill a product midstream or move forward. With advanced innovation risk management methodologies like a zero-based approach to Stage-Gate®, decision-makers have complete visibility and the data necessary to abandon new projects when required.

The following is an edited excerpt from that conversation.

Eby: We've seen many clients go from a tunnel to a funnel. It's quite a concept, quite a change, but it forces the questions to be asked. Having the right questions ready to be asked at gates, if you're using the Stage-Gate® process, because they can't go on a gut feeling. You have to be able to make an investment decision based on data, and the data needs to be captured along the way.

Denman: It's better to get rid of it early than launch and fail. Can you provide any real-world examples of product launches that failed, and how could they have been avoided by embracing some of the strategies and technologies you discussed today?

Kwiat: There's a couple of things. I won't use the company name, but I'll share a bit. I was on a project where we asked people to take on a new behavior. It was a lunch kit. We asked people to buy the elements of this kit and then assemble something at work and heat it in the microwave. When I was on this team or at the company, we were not using any form of an innovation process that was documented.

Now, what I know all these years later — living in this space of innovation and process management for innovation — we dramatically missed a robust market analysis. We lightly touched on a differentiated product looking at the competitive set, understanding the consumer's need for the product, and how it differed from what they were already eating and using.

Then, more aggressively, I learned that new behavior is challenging, it’s difficult to create new behavior. If we would've been using or talking about an innovation process, we would've killed that early on before it launched. We would've realized this if we had used tools, even before hitting development.

Denman: When it comes to the idea of killing a project, Chris, like you mentioned, how do you get executives to buy into the idea of killing a project when so many resources, both human resources and hard money, have already been devoted to developing this product. How do you get buy-in from executives that you need to readjust?

Kwiat: It's a hard one. We need to make sure executives understand the cost of marketplace failure before it even leads to the building and facts. We need to show facts on other things that didn't work, facts showing the consumer learning we have on this project before it goes out the door. When using intuition versus facts, it's very hard to convince management and leaders that something should go forward or not.

Brad and his team have some data that they can help with, and there are other places to get data on the cost of in-market failure versus before it leaves the building.

Eby: One hard thing to kill is having a visible backlog of projects to move into the pipeline and capturing those, getting them in the system, and doing that impact analysis to understand which projects may have to be canceled. What can be brought into the backfill with a good data-driven decision?

The benefits of a zero-based approach

Denman: Can you point to any recent product launch home runs, either at your company or another, that highlights some launch best practices.

Kwiat: Although it's too early to call, I have some data. We have a product in test right now on the east coast at Welch's. We used a new process that took us from idea to in-market tests in six months. We used the zero-based approach and supplemented it with an Agile project management skillset.

Eby: That zero-based approach will vary from company to company, or even product-to-product, project-to-project. We've seen this over and over again: Here's the Stage-Gate® process, everybody must use this process, but it doesn't fit, so now we'll create three processes — just do it, moderate risk and high risk — and jam them all into that process.

The reality is that every project may be different in the needs of the governance, the decisions that are made and the questions that are asked throughout the process may change. There should be flexibility to have a decision point, and in fact, you have to be able to kill a project at some point.

Kwiat: This was one of the first things this team did when I joined Welch's. We got a short six-month project and asked for one of the leaders to dedicate towards this team. Sometimes there were weekly meetings; other times, we’d meet several times a week to move things forward and make decisions. We took the best of some of the Stage-Gate® deliverables, such as what’s needed to make a resource decision. We would answer that question and go get the resources. Then, what’s needed to feel good about the product or the bare minimum needed to feel good about the project? That was the next step.

For me, a huge “a-ha” moment was how much time was spent in a traditional process doing the key elements of business case development. It wasn’t not much. When we spent 30 minutes per element, we got a lot further and quicker. That's a testament to how busy everybody is. It's possible, and it’s doable — it wasn’t a huge ask of the organization for a six-month project.

This webinar examines the full results of CGT and Sopheon’s new research and shares how CPG leaders can increase the effectiveness of their new product innovation and launch strategies. Watch the full webinar now.

Learn more about how a zero-based approach can help simplify and optimize new product development decision-making with Sopheon’s e-book, “Define Your Own NPD Process with A Zero-Based Approach to Stage-Gate®.” Download it now. 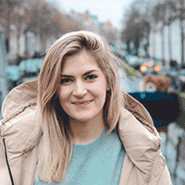 Chloe is the EMEA Marketing Coordinator at Sopheon, passionate about helping organizations realize their opportunity to innovate better. 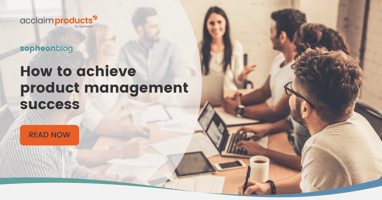 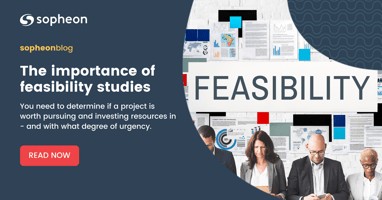 The importance of feasibility studies

The Problem(s) with checklists