Microsoft recently published a study in the journal Nature regarding the effects of remote work on collaboration among information workers. The results show that “firm-wide remote work caused the collaboration network of workers to become more static and siloed.” Researchers claim the potential result of less information sharing across groups could have a negative impact on productivity and innovation. At least that’s what the news headlines claimed. As usual, there’s a bit more to the story.

Most significantly, the test period for this survey was during the first six months of 2020 – the onset of the Covid pandemic. Businesses and individuals were reacting to an unprecedented global situation. Surrounded by uncertainty, people were focused on staying healthy and, for those with families, making sure their children stayed up with their remote school assignments. Is it really surprising business collaboration dipped during this period? Hardly.

Two important things have changed since the darkest days of the pandemic:

When cultural and technology shifts occur simultaneously, the impact is often deep and permanent. I believe that’s what we’re witnessing now. 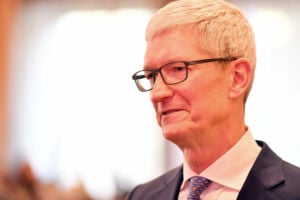 Earlier this year, Apple CEO Tim Cook said, “Innovation isn't always a planned activity. It’s bumping into each other over the course of the day and advancing an idea that you just had. And you really need to be together to do that.” At the same time, he conceded that employees will be seeking hybrid work arrangements. He also acknowledged that remote work didn’t hurt the company’s innovation ability. In the last year, Apple “had this enormous, prolific product period, introducing the first 5G iPhone. We introduced the M1 chip in the Mac. These are major, major accomplishments.”

In a July post, I noted that “employees are making their own decisions and choosing where they will work in the future.” And that’s fine. It’s up to companies to adapt. In a sense, the pandemic was a bit of a laboratory for the future workplace. We figured out many things during the months away from the office. Some things that we didn’t do well. But more importantly, we learned many positive techniques that we should continue to utilize in a post-Covid world. In fact, it would be a mistake to go back to pre-Covid ways.

The music and movie industries reacted furiously to the advent of streaming 20+ years ago – even going to the absurd length of pressing charges against individual consumers that allegedly shared music on programs like Napster and Limewire. Clinging to the old ways did them no good. Technology advances made it possible for consumers to easily access music and videos. As artists – especially indie performers – realized this new approach was an ideal way to bypass the studios and go directly to audiences, the “suits” realized that instead of standing on the tracks of progress, it was time to jump on the train and ride into the future.

The combination of technology advances and cultural shifts is a force that can’t be contained. When it comes to the workplace, we are likely at a pivotal point in history. Very few people hunger for a return to the grind of a daily commute, long hours in cubes or open offices and then being left with precious little time for children and other interests. This may not be what top-level executives want to hear, but it’s the reality they face as they compete to assemble the best teams.

The good news is that solutions such as Sopheon support the creativity continuum. Regardless of an organization’s in-office/remote mix, all participants can be fully involved and informed during the lifecycle of a product – from ideation to development to launch to upgrades.

These are exciting times. Innovation and creativity know no bounds and companies that embrace the future – and the technology that enables it – are in for an amazing ride.

Employers better get on board.

Paul Heller has led technology strategy and product development for Sopheon since 1999. Today, his leadership helps Sopheon’s blue-chip client portfolio achieve high levels of success from their investments in innovation. Paul navigates the technology landscape for both Sopheon and its customers and identifies the business values linked to investments in innovation management systems and processes. He also advises executives on how to be more successful in innovation and regularly speaks and writes about innovation to business audiences. 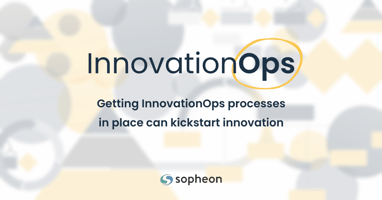